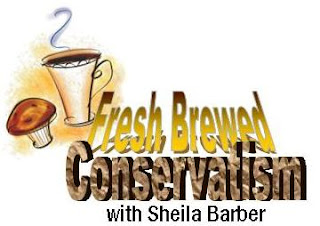 Posted by Sheila Barber at 9:12 PM No comments:

Barging Through the Establishment

Ecclesiastes 3:1
"To every thing there is a season, and a time to every purpose under the heaven...." (AKJV) 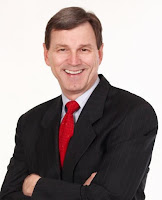 It is time for those of us who believe in true liberty, true conservatism, true individualism, true capitalism, true faith in our Constitution and Creator to help guide this country to be great again and not back down!

If anyone can, this man can..Jim Womack.  He has no fear.  And a heck of a lot of perseverance.  We all could learn a bit of that.  If for nothing else, keeping Congress in line.

Jim - this is the time.  Remember your humble beginnings and warrior spirit.  Never forget who put you in this position for this appointed time. God Bless!
Posted by Sheila Barber at 11:52 PM No comments: 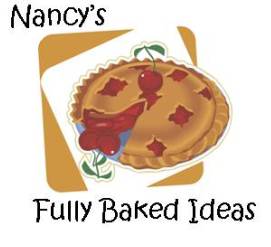 Ann Coulter is not one of my favorite people, but she has a point in her blogpost from yesterday.  She asks, "What have Congressional Republicans been doing? Scrapbooking?"

Well, I'd like to know, too. She brings up that when Obama was in office, they passed several Obamacare alternatives/repeals but now it's crickets on that topic.

Maybe they really don't want to repeal Obamacare as some have speculated. Well, if they don't do it then their constituents will know it's them who's responsible and not Trump. Trump is ready to sign.

The ball is in Congress' court. They better start throwing.

Here's the blog post in full:The Silence of the Lambs Congress
Posted by Nancy Gale at 8:30 AM No comments:

THE WHITE HOUSE
Office of the Press Secretary
FOR IMMEDIATE RELEASE
February 14, 2017
...

GETTING GOVERNMENT OUT OF THE WAY: Today, President Donald J. Trump signed legislation (House Joint Resolution 41) eliminating a costly regulation that threatened to put domestic extraction companies and their employees at an unfair disadvantage.

This legislation could save American businesses as much as $600 million annually in regulatory compliance costs and spare them 200,000 hours of paperwork. The regulation created an unfair advantage for foreign-owned extraction companies.

BUILDING ON PRESIDENTIAL ACTION: President Trump has been steadfast in his commitment to reducing the regulatory burden on everyday Americans, their pocketbooks, and their businesses.
President Trump has required that for every new Federal regulation, two existing regulations be eliminated.

President Trump will initiate fundamental changes to the United States healthcare system to reduce the financial burden on Americans by getting the government out of the way.

President Trump has placed a moratorium on all new regulations by executive departments and agencies that are not compelled by Congress or public safety.

President Trump directed the Secretary of the Treasury to conduct a full review of Dodd-Frank to ensure associated, burdensome regulations receive proper scrutiny.

President Trump ordered re-examination of the Department of Labor’s fiduciary rule, to make certain that it does not harm Americans as they save for retirement.
Posted by Sheila Barber at 1:01 PM No comments:

What does Brad Pitt and "Moneyball" Have to do with Anything?

"You're not going to win by automatically going out ther

e. It's hard to know what people really expect of you, and I've never tried to live up to expectations anyway. That's no way to play baseball."
Greg Maddux

If you haven't watched "Moneyball" with Brad Pitt, you should.  There are so many lessons to be learned in this movie.  He is a divorced dad that brings a baseball team out of the dwelling in the basement.  Can you believe in your self again? Yes you can!  Billy Bean did. What do I think of every time I see this movie?  Well glad you asked.  Here goes:

Life throws a curve ball...catch it.

Think you need a lot of money to do something?
One base at a time eventually becomes a run in.

Think your family is crazy?
Yea you might hit a homerun there but they still love you.

Feel like you're about to strike out in life? What do you do?
Strike out or walk  and get on base? Either way that pitcher staring you down helped you get there.  Don't forget the ones who were there to mold you - nemesis or friend.

Which One are You: The Potatoe, The Egg, or the Coffee Bean?

﻿
I found this article while surfing for ways to motivate my staff.  You have to realize your coworkers, direct reports, etc, are people.  With real problems.  And real stories.  Help them find a new perspective. You never know who needs it. You might!!  That's why I am blogging it.
FROM:  http://www.livin3.com/5-motivational-and-inspiring-short-stories
Potatoes, Eggs, and Coffee Beans


Once upon a time a daughter complained to her father that her life was miserable and that she didn’t know how she was going to make it. She was tired of fighting and struggling all the time. It seemed just as one problem was solved, another one soon followed.
Her father, a chef, took her to the kitchen. He filled three pots with water and placed each on a high fire. Once the three pots began to boil, he placed potatoes in one pot, eggs in the second pot, and ground coffee beans in the third pot.
He then let them sit and boil, without saying a word to his daughter. The daughter, moaned and impatiently waited, wondering what he was doing.
After twenty minutes he turned off the burners. He took the potatoes out of the pot and placed them in a bowl. He pulled the eggs out and placed them in a bowl.
He then ladled the coffee out and placed it in a cup. Turning to her he asked. “Daughter, what do you see?”
“Potatoes, eggs, and coffee,” she hastily replied.
“Look closer,” he said, “and touch the potatoes.” She did and noted that they were soft. He then asked her to take an egg and break it. After pulling off the shell, she observed the hard-boiled egg. Finally, he asked her to sip the coffee. Its rich aroma brought a smile to her face.
“Father, what does this mean?” she asked.
He then explained that the potatoes, the eggs and coffee beans had each faced the same adversity– the boiling water.
However, each one reacted differently.
The potato went in strong, hard, and unrelenting, but in boiling water, it became soft and weak.
The egg was fragile, with the thin outer shell protecting its liquid interior until it was put in the boiling water. Then the inside of the egg became hard.
However, the ground coffee beans were unique. After they were exposed to the boiling water, they changed the water and created something new.
“Which are you,” he asked his daughter. “When adversity knocks on your door, how do you respond? Are you a potato, an egg, or a coffee bean? “

Posted by Sheila Barber at 1:18 PM No comments: 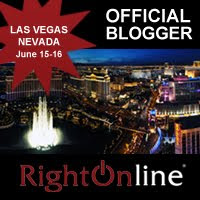 Reba's Back to God 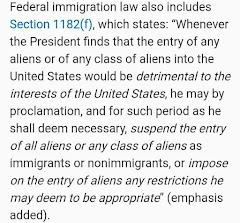