One of my favorite articles is written by Gloria Copeland, “When God Says Psssst!” 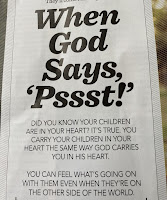 Gloria talks about the trust she had to have that God heard her prayers. Trust we need to have. I read and reread this article so many times. Then put it on a shelf. Today, I opened my latest Victory magazine and there it was. That’s not a coincidence. That’s my Heavenly Father reminding me to get back to praying for my family.

He cares so much for our kiddies, our grown babies, and their babies. And He doesn’t lead them astray. He doesn’t forget about them when they go awry.  Don’t give up! Pray harder today for our boys and girls to come back to the loving arms of our Heavenly Daddy.  Read the article here:

Posted by Sheila Barber at 7:14 PM No comments:

I have been resisting.  I work in the pharmacy field.  The speed these vaccines were produced has scared me.  It normally takes years to creat an effective one.  Would this work? And then there is the possibility of aborted fetus cells.  Just writing that makes me shiver with tears.  How could anyone abort their babies?

Well I am scheduled to get Pfizer vaccine Monday.  Even as late as this evening driving back from TN, I was praying for peace about it.  So many unanswered questions.  My Logic is battling my knowledge and common sense.  Well, if you really pay attention to God, and read His Word, then you know He answers prayers!  And He did!

I was scrolling YouTube for Flashpoint but couldn’t find it. YouTube’s snowflakes didn’t like the truth so they pulled it. Ugh! However, God uses what the devil means for evil as good.  While scrolling I found a video from Focus on the Family about the COVID 19 vaccines.  And when it was over, full peace had come over me.  I feel confident I will be doing the right thing and leading my hubby rightfully so too. He has waited for me to decide first. After all, pharma is my career.

Listen and learn.  He answered my prayers. He will answer yours too according to His Will.  Ask!

About the aborted fetal cells - https://media.focusonthefamily.com/topicinfo/COVID-19Vaccines.pdf?refcd=1043009

Info to know by Christian Doctors on the FOF Christian Medical Council:

Posted by Sheila Barber at 11:05 PM No comments:

Actions After the Betrayal

As I continue to read about the crucifixion and what followed, I am stunned by the similarities I am seeing between then and now.  The Message Bible is quite vivid.  Or maybe it’s that I am more mature now and can handle things better than when I first read the verses?

‭‭Matthew‬ ‭28:11-15‬ ‭MSG “Meanwhile, the guards had scattered, but a few of them went into the city and told the high priests everything that had happened. They called a meeting of the religious leaders and came up with a plan: They took a large sum of money and gave it to the soldiers, bribing them to say, “His disciples came in the night and stole the body while we were sleeping.” They assured them, “If the governor hears about your sleeping on duty, we will make sure you don’t get blamed.” The soldiers took the bribe and did as they were told. That story, cooked up in the Jewish High Council, is still going around.

Sound familiar? Modern day media follow the instructions of the Democrats.  They don’t care if what they say is true or not.

Posted by Sheila Barber at 11:53 PM No comments:

Often times we overlook the lessons in the Bible because we say they don’t relate to now.  We think we are so advanced that none of that matters.  I beg to differ. Over the years, I have come to realize how smart my mother really was.  No she didn’t finish high school as far as I know.  Yes, she was what many called (and me too) just a poor little girl.  Don’t go hanging around them! But goodness she was smart.  She made sure I was taught biblical lessons as long as she had me under her roof.  And like for  all of us, time passes and we forget.

One of those lessons about trust and betrayal came back today.  It made me think about all the voters in the last election who took the “word” of politicians, of Biden, of the media and really believed President Trump was bad because of tweets. Bad because he was a Republican. Bad because he put America first and wanted to protect our borders from murderers, drug cartel, diseases, and and terrorists. Bad because a pandemic took the lives of people when he was in office. Just about every President has had a tragedy to deal with - Read history.  Bad “because ___________”(you fill in blanks). They sold their vote to the highest bidder for security ignoring liberty.

What does  this have to do with the Bible?  Well today is Resurrection Sunday, aka Easter.  Judas’ betrayal is a classic example of someone who sold his vote to the highest bidder taking advantage of  the Pharisees and the mob crowd calling for Jesus to die.  He thought selling out Jesus  for fortune and security was good for him only to realize the atrocity of his actions later.

Matthew 27 (The Message Bible):  “In the first light of dawn, all the high priests and religious leaders met and put the finishing touches on their plot to kill Jesus. Then they tied him up and paraded him to Pilate, the governor.

Judas, the one who betrayed him, realized that Jesus was doomed. Overcome with remorse, he gave back the thirty silver coins to the high priests, saying, “I’ve sinned. I’ve betrayed an innocent man.” They said, “What do we care? That’s your problem!”

That’s exactly what the politicians and the Biden admin is doing to those voters and all of us feel it.  “What do we care? You voted for us so sit down and shut up!”  Wow. Many voters today are starting to realize the pack of lies they believed from today’s crop of politicians and media are actually dangerous and a threat to our way of life.  They are seeing how decrepit and evil these politicians’ intentions really are.  Some may never. And we must pray for them all.

Let’s give them hope.  Let’s spread the word that Jesus wasn’t defeated.  He defeated death! He defeated all our infirmaries! He gave us a second chance. Judas didn’t ask for a second chance but he could have. So let’s tell America there is hope! That liberty and justice and opportunity in our great country is still alive!  And that in our day and time, Sunday is still coming!! Satan  may have won a battle but he has not won the war!  Amen! Happy Resurrection Day!

Posted by Sheila Barber at 8:40 AM No comments: 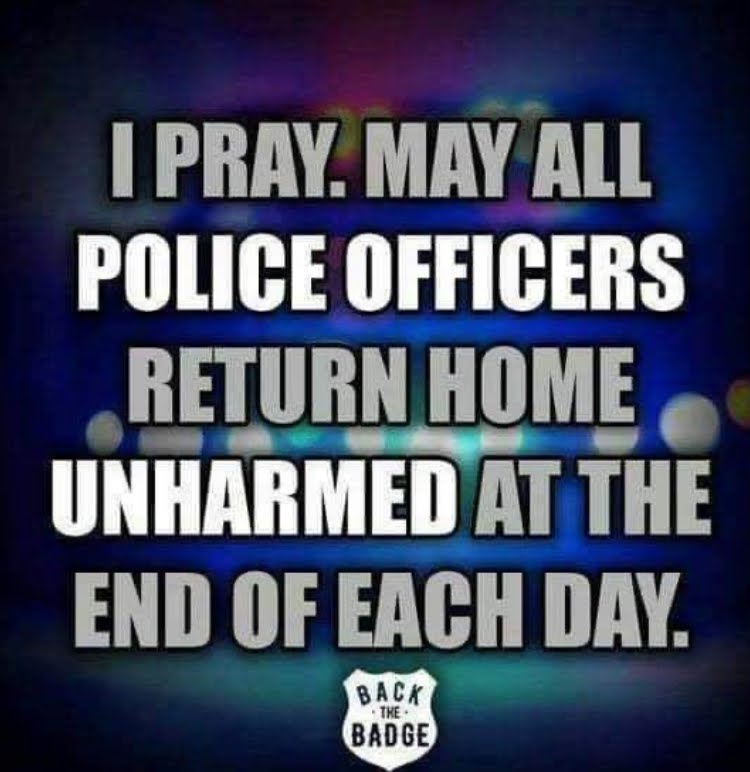